About the EarthTouch name and logo 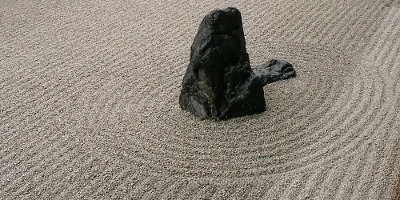 Earth: the living soil; the planet on which we live; the biosphere; Gaia; one of the Five Elements of Chinese medicine; one of the Four Elements of classical Greek philosophy; an electrical or energetic connection to the ground to dissipate charge

Touch: to connect with; to move emotionally; one of the five senses; the basic action of bodywork therapy

At the time when I was starting my bodywork practice and looking for a name for it, I was reading a wonderful book, No Death, No Fear by the Buddhist monk Thich Nhat Hanh.

One part of the book is about a practice that he calls "Touching the Earth", a set of meditations on our connectedness to the world around us. The name comes from an incident in the life of the Buddha: the night before his enlightenment, the Buddha had some doubt about his ability to become fully awake. He reached down and touched the earth to transform that doubt.

It was a story I had heard and read before, but this time I was struck by that simple fact: the Buddha-to-be did not reach up to the heavens, he touched the earth.

In many spiritual traditions, touching the earth is a powerful practice. It is an act found in the traditions of many American Indian cultures, as well as in the modern Pagan revival. A popular Pagan chant says, "Earth heals us".

And according to the Gospel of John, when Jesus challenged the Pharisees who were about to execute a woman charged with adultery,

"Jesus bent down and started to write on the ground with his finger. When they kept on questioning him, he straightened up and said to them, `If any one of you is without sin, let him be the first to throw a stone at her.' Again he stooped down and wrote on the ground."

I like to think that when he "wrote on the ground", Jesus, too, was touching the earth. 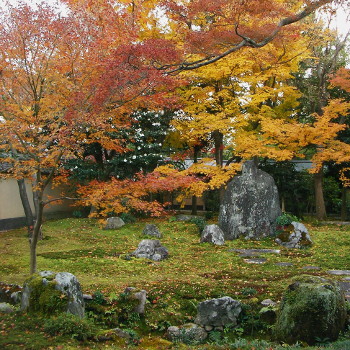 In Chinese medicine, earth is the most nurturing of the Five Elements; and in most forms of energy work, the vital step of "grounding" is often accomplished by literally touching the earth.

So, it seemed to me that "EarthTouch" would be a fine name.

The logo is a simple ball-point pen sketch, cleaned up and colorized on computer. I'm not much of an artist but I'm rather pleased with how it invokes the simple but powerful act of touching the earth.